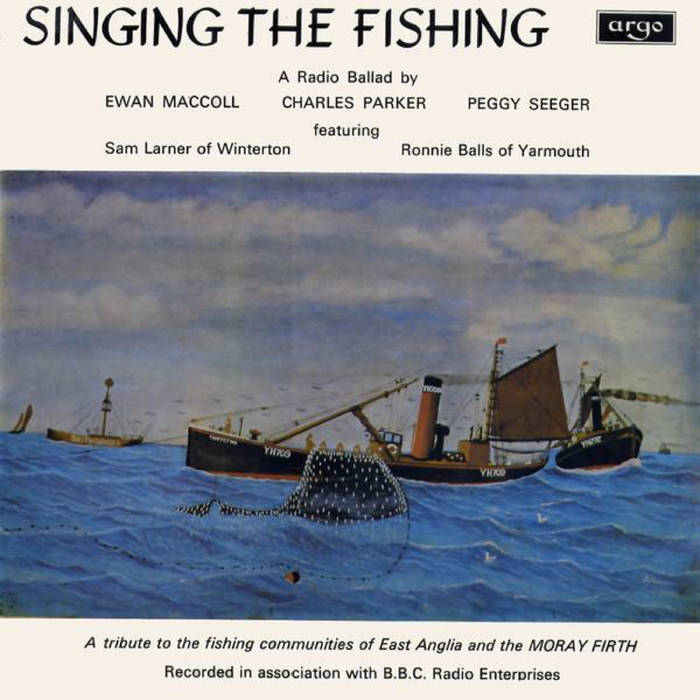 The third program in the series, Singing the Fishing features the men and women of the herring fishing fleets of East Anglia and Northeast Scotland. It was based on 250 tapes of conversation with fishermen and their families, a wealth of material described by Parker as "all but overwhelming". MacColl and Seeger hit paydirt with the discovery of Sam Larner, an 80-year old ex-fisherman from Norfolk who was also a singer with a large repertoire of country songs, traditional ballads and seafaring material. Progressing from Larner's rich, sail-based memories to the reminiscences of a retired steam-drifter skipper from Great Yarmouth, they moved on to the new centre of the industry, the Scottish northeast coast where a new fleet of diesel-driven boats was built after the Second World War.

The program reveals the tough lives of these hardworking people, dominated by the herring trade and full of insightful humour, in their everyday speech and the songs inspired by the richness of their tales.

Singing the Fishing won the Prix d'Italia for radio documentary in October 1960 and was eventually transmitted in 86 countries. It was this ballad which crystallized the innovative production techniques devised to interweave the music with the actuality, a process minutely described in MacColl's autobiography Journeyman (Sidgwick & Jackson, 1990). The exhaustive process perfected for this program over its three to four months of production made Singing the Fishing the first fully integrated work produced by the team and it became the flagship for the series, the ballad most remembered and talked about. The techniques for research, field recording, musical scoring and recording were then set for the rest of the series.