Song Of A Road 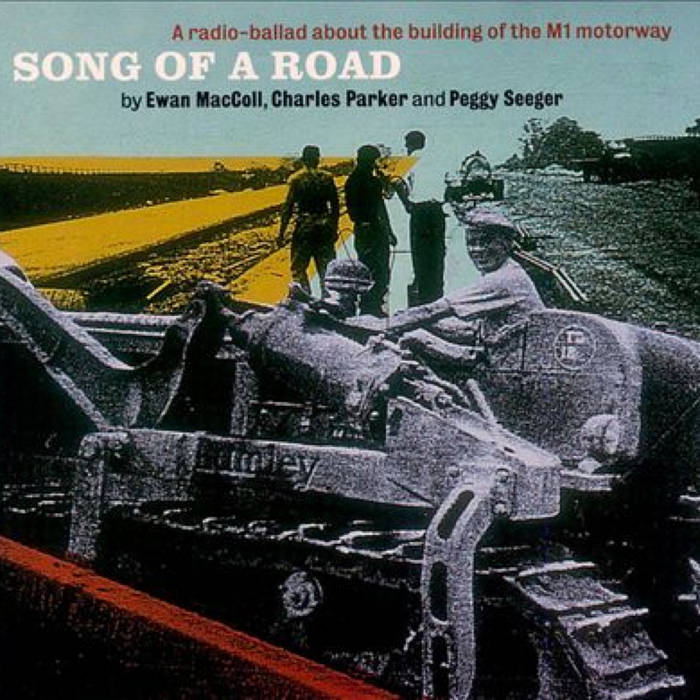 After the relatively contained Ballad of John Axon, the scope of the second radio ballad widened considerably. The construction of Britain's first motor-highway, the M1 or, as it was then known, the London-Yorkshire motorway, then stood at 57 miles of muddy road and a workforce of 19,000 men. From the simple telling of a story, the team now had a much more ambitious subject with its shadowy chronology, complex background and multitudinous tradesmen, labourers, management and administrators.

For the best part of two months, Charles Parker, Ewan MacColl and often Peggy Seeger patrolled the length of the road, recording in hostels, pubs, shelters and all manner of on-site locations. They found the experience even more moving than their previous project, perceiving a tragic desperation in the talk of the men that was harrowing to encounter. More than half the workforce was Irish, the rest being made up of Scots, Welsh, Indian, Pakistani, Greek, African, Turkish, Polish and English, and occupations ranged from engineers, scaffolders, bridge-builders and carpenters to archaeologists, planners, soil-chemists and designers. Initially shadowed by a Public Relations Officer, the team found themselves identified with management and therefore suspect, and the workers uncooperative. When the PRO finally left them to their own devices, the men were forthcoming.

Forty or so minutes of actuality was distilled from nearly ninety hours of recordings, during a two-month process of transcription, writing and arranging. Consensus of opinion amongst the team was that Song of a Road was far from perfect, an uneasy compromise between a typical feature program and a radio ballad, and not a particularly good example of either. Many lessons were learned, however, which fed into the production of later programs in the series, and The Observer described it as a "near-triumph by John Axon standards and an absolute marvel by any other".