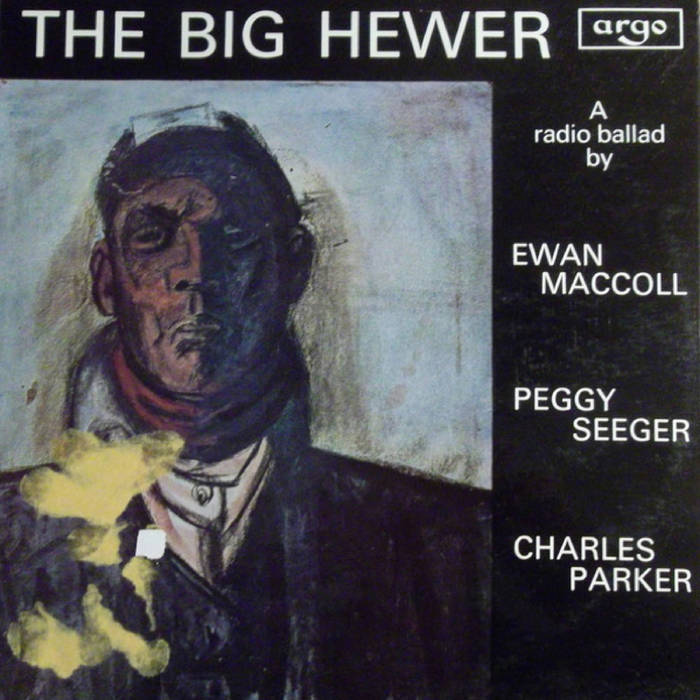 Coalmining presented itself as a natural subject for a radio ballad since Ewan MacColl and Peggy Seeger had spent part of 1960 working as resident songwriters and music arrangers for the National Coal Board film department. The Big Hewer was the fourth in the series and named after the mythically prodigious miner of coal legend who appears by a different name in each mining locality (a similar figure with superhuman work powers, John Henry, exists in American work gang mythology).

The miners of the Northumberland, Durham, South Wales and East Midlands coalfields provided the subjects and Parker, MacColl and Seeger followed them into pit-canteens, pithead baths, pubs and miners' welfares; into mine shafts, passages and galleries the length and breadth of the country. Their forthright expression of opinion on every subject, their acute political awareness and strong sense of history proved a revelation to the field recorders and yielded between two and three hundred 7-inch reels of mining 'crack'.

Following the routine established in Singing The Fishing, this wealth of recording could now be readily transcribed and catalogued easily on the reels of quarter-inch tape. The program reflected a change in attitude to the radio ballads. Previous titles suggested a non-personalised object, an occupation rather than a human being; The Big Hewer made it clear that the subject matter was not mining as such but a man who was a miner - an important distinction.