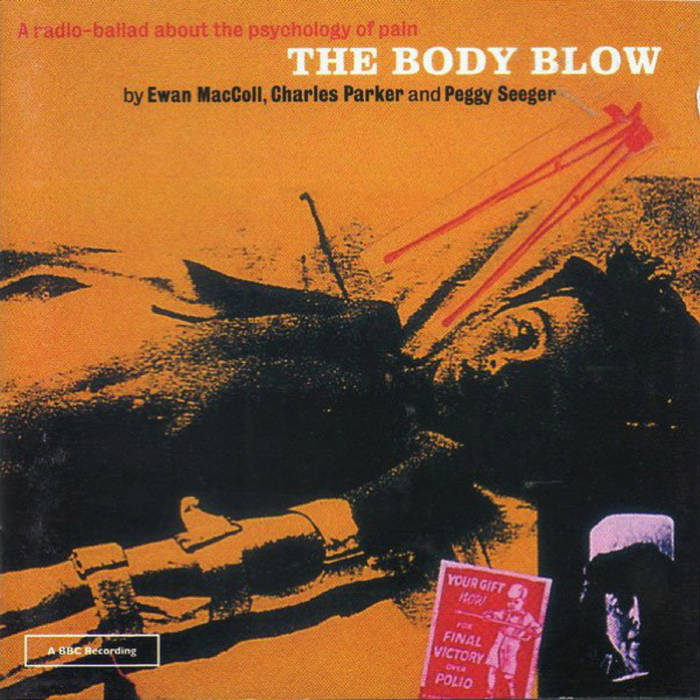 The Body Blow was originally conceived as an exploration of the psychology of pain, but the project eventually focused on the subject of poliomyelitis, a disease prevalent at the time. Inspired partly by the montage sequences in Alain Resnais' film, Last Year in Marienbad, the programme is a journey into the minds of five polio sufferers, two partially and three totally disabled.

This was the fifth in the series, broadcast in March 1962 and made with a considerably smaller budget and on a much shorter timescale than the previous radio ballads. Fieldwork was kept to a minimum and the interviews conducted in a single hospital in the course of a fortnight. Stylistically, the programme marked a departure from its predecessors, abandoning the fades and cross-fades technique in favour of montage blocks lending the narrative, according to MacColl, "the quality of the stream-of-consciousness passages in James Joyce's Ulysses". Taking just two weeks, Peggy Seeger scored the songs for just two voices and four instrumentalists and the programme was completed in four days in the studio.

The lyrics dealt with difficult topics: rehabilitation after chronic illness, adjustment to paralysis, the process of physical therapy. The subject matter caused criticism and scepticism pre-transmission but it was subsequently hailed by the critics as a tour de force. The Body Blow was never released as an LP, but tapes of the programme were later used in hospitals and health care centres for training purposes.

Program prepared with the help of The Polio research Fund