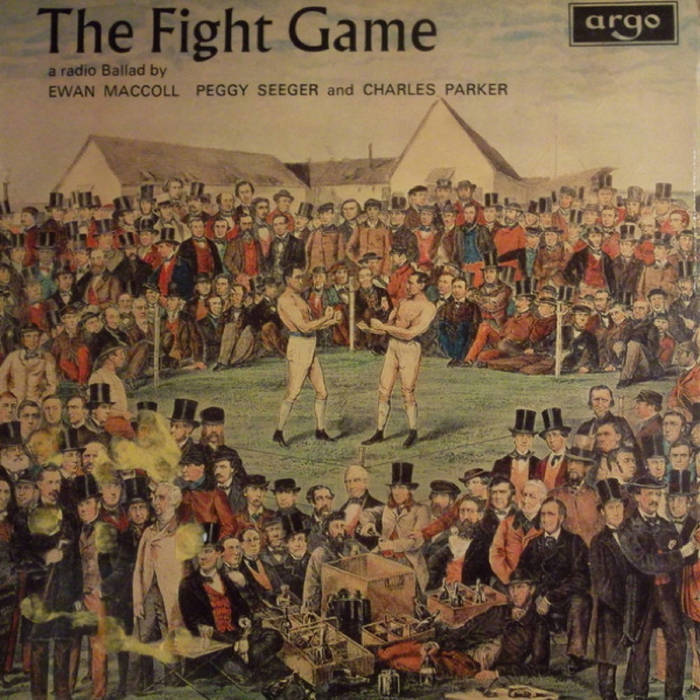 The Fight Game was the seventh radio ballad and tackled the world of the professional boxer. It proved to be not the lighthearted escape "from the huge canvas of industry and the intensely private world of the sick and the adolescent" that the team had expected, but an ironic allegory in which the world of prizefighting represented the larger world in which we all live.

Sixty hours of interviews were taped in gymnasia above London pubs, boxing rings, dressing rooms and on the streets in early-morning training sessions. The regular references by the fighters to themselves as latter-day gladiators prompted Peggy Seeger to score the music for brass, the trumpets and trombones reminiscent of Roman circuses and matching perfectly the sudden and brutal violence of the ring.

Though The Fight Game's actuality was not as rich as some of its predecessors, in MacColl's view the programme was technically the most successful of the series, largely because the songs were written to the rhythm of a boxer's training schedule. The team had perfected ballad-making by this stage but the production demands were enormous. The fight sequence alone needed 86 takes and MacColl notes one trumpet player, lips swollen like small balloons, gasping, "I have nothing left to give". He writes: "I think we all felt like that".