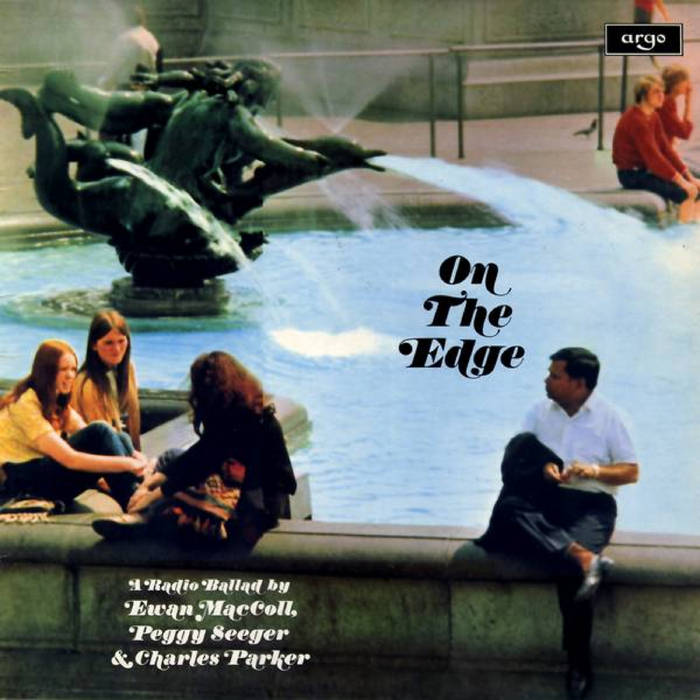 The sixth Radio Ballad, On the Edge, deals with young people on the cusp of childhood and adulthood. The youngsters embraced the field recording techniques now perfected by the team and, contrary to expectations that young people would refuse to talk freely about their hopes and fears to adults, held nothing back. MacColl noted that "the problem was not to get them talking, but to stop them."

In the summer of 1982, conversing in coffee bars and dance halls, youth clubs and college rooms plastered with pin-ups, teenagers expressed their hopes and fears, dreams and observations with a stark honesty that reveals much about growing up in the 1960s. The team watched the youngsters sense their budding powers of articulation and become, as Parker observed, "truly self-aware and almost, it sometimes seemed to us, adult before our eyes as we sat and listened".

Boldly, for such a subject in such an era, MacColl deliberately used the quest ballad, an ancient form of traditional music, for his musical direction. He understood that the traditional folk style used throughout the series was perfectly valid for these young people, who spoke so honestly of their feelings in their own language, uninfluenced by their pop idols and the contemporary concerns of adolescence in the 1960s. Praise from the press was fulsome though MacColl thought it unmerited, saying that "the team had allowed itself to be overcome by the richness of the actuality". Nevertheless, the broadcast was followed by hundreds of requests for copies from teachers and those concerned with the welfare of teenagers.